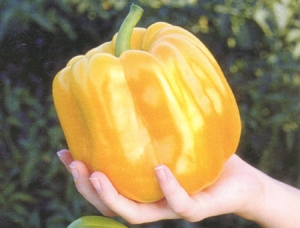 It looks big to me!

A real estate agent told me, “Sixteen hundred feet is pretty small,” when discussing our house. She was quite matter-of-fact about it. Without thinking too much, I agreed with her. (We are, in fact, looking for a larger home.) After I had a chance to mull our conversation over, I decided some things about the agent.

She is opinionated, I concluded, and she’s biased and maybe she’s not the Realtor we want to use to try to sell our house because she might tell the buyers it’s “pretty small.”

I remembered that in the house plans retail store where I worked several years, the most popular design in the store was about 1600 square feet of living space. Having discussed design requirements with hundreds of homeowners, I know that big and small are relative terms and not to be tossed about loosely.

If a couple has been accustomed to a twenty-by-twenty bedroom, anything less is small. They want room for two lounge chairs and a big-screen TV, in addition to two dressers and his and her nightstands. Scaling back to a space only eighteen-foot square means the armoire has to go into the guest room or the dressing table won’t fit.

Conversely, a family of five living in a 1200 foot cottage thinks about scaling down when all the kids move out. A bedroom is for sleeping and if there is room for two chests of drawers, it’s huge.

When Dan and I first married, I thought a 1600 foot home was plenty big. As I moved in and tried to unpack, I realized this house doesn’t have enough storage space for two middle-aged people with fifty years of accumulated junk.

I’ve determined a couple of things about abstract ideas, like big and small and cozy and nice. These things are relative to the needs and experience of the person speaking.

A Realtor can generalize and say a location is nice, the bedrooms are large, the lot is huge and the kitchen is well-equipped. It’s risky, though, a bit like trusting a Texan who tells you the salsa isn’t hot. I need Scoville* units! Give me room sizes, please, and let me decide if it’s big.

4 Responses to Is It Big?