I conjured up an unusual smell this morning, cleaning the coffee maker, dumping the grounds and throwing something in the trash while the garbage disposal was running.

I think it was cherry tobacco! Most specifically, it was Mr. Ellis’ cherry cigars, circa 1963. His domain was the corner grocery of my childhood. Old wood, various chocolates and garlic bologna permeated the air but Mr. Ellis’ cigars surmounted them all.

A smell from my childhood

With the phantom or artificial recreation of this odor from my past came a flood of memories—walking to the store on a summer morning, carrying in glass Pepsi bottles to redeem for a huge 16 ounce soda Mom and I would divide for a special summer lunch.

It was a rare thing, but I remember being sent to procure a pack of Chesterfield non-filters on behalf of my dad and Mr. Ellis giving me a gruff, “Do your folks know you’re buying cigarettes?”

I was fond of the old man and sad when he didn’t open the store for a few days. Desperate for something, Mom told me to knock on the door of the little house in back because he lived there. It was a strange man who opened. I never knew Mr. Ellis had fuzzy white hair or whiskers or that he wore undershirts just like my dad’s. He was grumpy but he opened the shop and sold me what I needed.

The closed days became more and more frequent and then one day the store was shuttered for good. Mom told me he was not coming back. I wondered how she knew. We all hoped someone else would buy the shop and open it.

Ellis’ Grocery was our convenience, the place for bananas or bread, candy and frosty soda from a chiller box with ice in it. It was our nostalgia made from screen doors with Rainbo bread handles and Prince Albert in a can and cardboard cigar boxes he would save for you if you asked nicely.

What is it (I wonder) about smells that are so inexplicably linked to memory? Cherry tobacco takes me back to childhood. How can a lemon dish soap used during pregnancy more than forty years ago still trigger a picture of me passing out in the bathroom from morning sickness? Wood smoke every fall triggers memories of our cabin in the Ouachita National Forest. Diesel fuel sparks the summer Mom and I awaited my sister in a bus station on our journey to St. Louis when I was eleven. 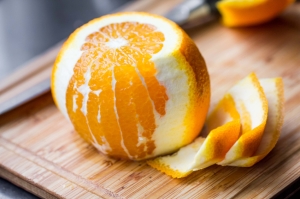 Orange triggers some pleasant memory for most people

Doctors have experimented with certain smells to trigger memory in elderly people. I think they used things like cinnamon and orange, maybe rosemary—all pleasant smells. I wonder what would happen if they tried cigar smoke and diesel fuel?